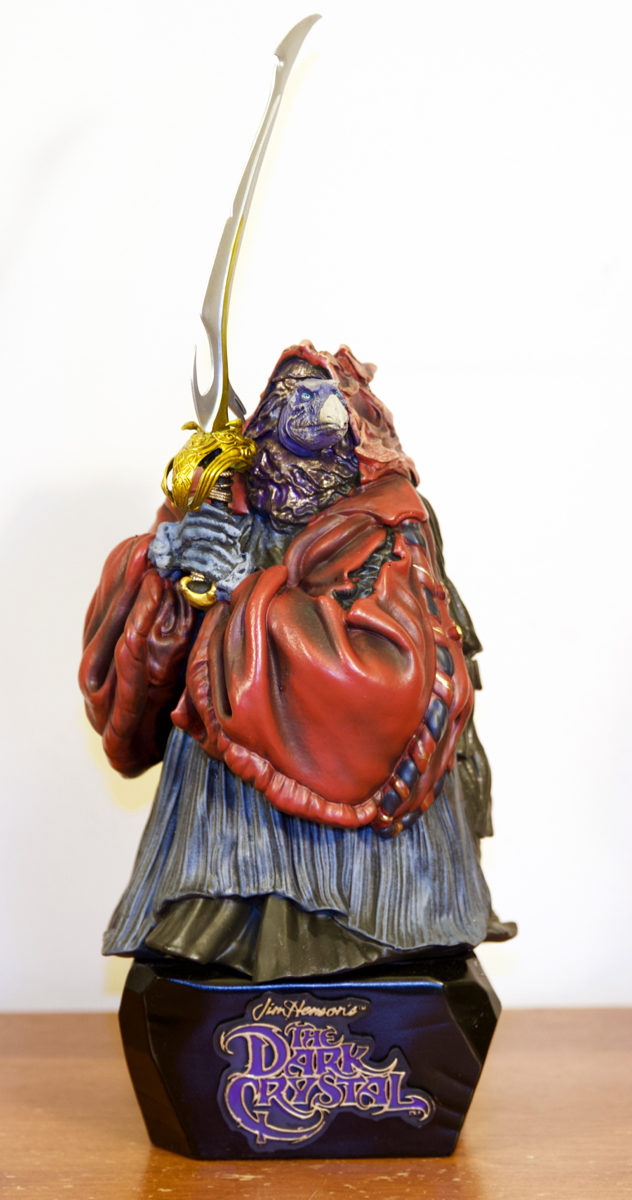 Thinkgeek’s The Dark Crystal Chamberlain statue won’t be the crown jewel of any collection, even with in a pose we haven’t seen him before – with a sword, preparing for the Trial by Stone. Compared to some of the other merchandise, like those awful Funko action figures, this one is worth adding to the display case alongside the other higher-quality pieces.

At $59.99, it’s the same price as Thinkgeek’s much smaller Labyrinth ‘Ello worm, which isn’t cheap, but the right price considering more girth and detail – like a Sideshow figure – could’ve made this a $200 item.