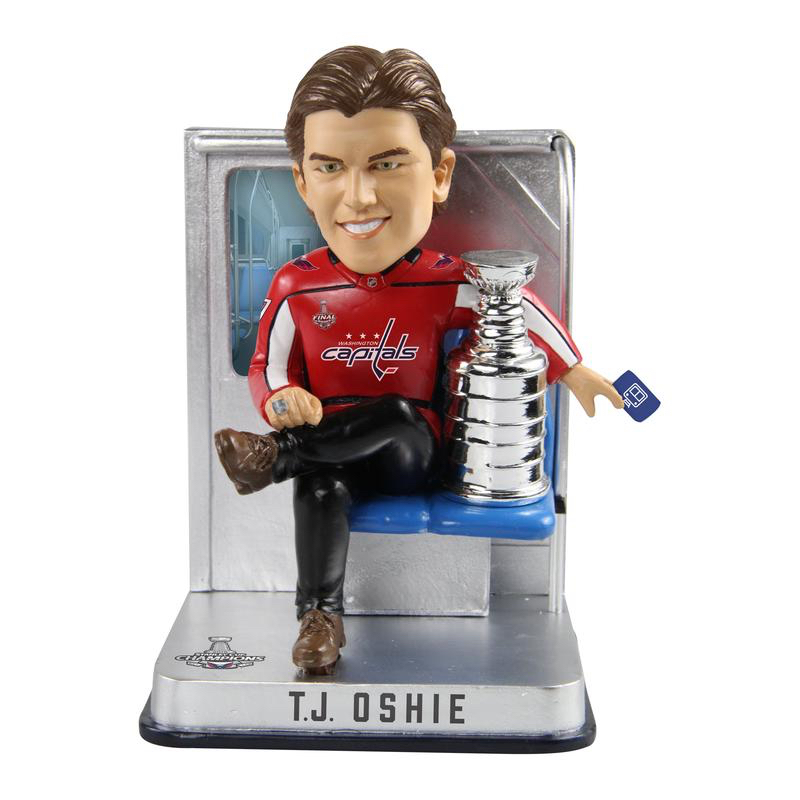 After the Caps won the Stanley Cup, Forever Collectibles began producing championship bobbleheads, all of which were relatively generic versions of the players holding the Cup. Caps Outsider and other blogs worked with the Bobblehead Hall of Fame to promote them.

Meanwhile, BobbleHouse Industries made some custom ones to promote its business – but they don’t have a license to sell those. These bobbleheads included Braden Holtby’s The Save, Evgeny Kuznetsov’s bird celebration, Alex Ovechkin raising the Cup for the first time, and T.J. Oshie drinking a beer through his jersey.

Forever Collectibles soon made a version of The Save and put out a press release. Almost immediately, Caps Outsider pitched them the other ideas, and found out a couple of weeks later that a version of Kuznetsov and Ovechkin were planned – plus Devante Smith-Pelly wearing a championship belt like he did at the parade.

Certain ones, like Oshie with the beer, Ovechkin in the fountain or doing a keg stand, couldn’t get approval. But I had an idea: Oshie on the Metro.

The idea was greenlit. They showed me some mockups, produced them, and delivered them. The Caps even gave them away in a charity raffle.

Later, FOCO asked me if Caps Outsider could hold a reader poll to see which other bobbleheads should be created. My partner, Andy, who runs FourthLineBobbles with me, and I thought it would be a good idea to have Ovechkin and Nicklas Backstrom holding the Cup together, and also Lars Eller’s game-winning goal in Game 5. We had a few other ideas in there that didn’t get as many votes.

I’m happy to say that FOCO agreed to make Ovi/Backstrom, and also Eller! 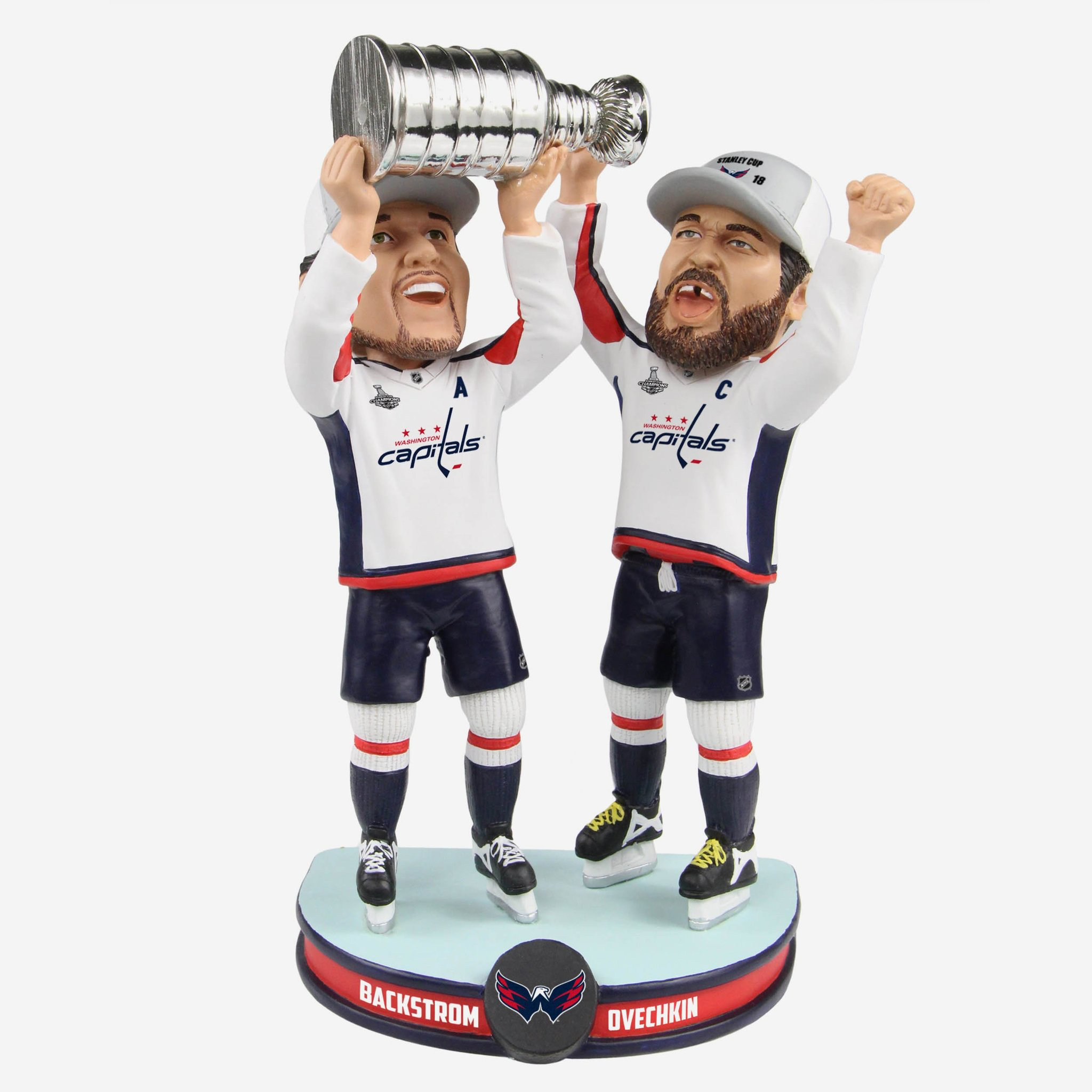