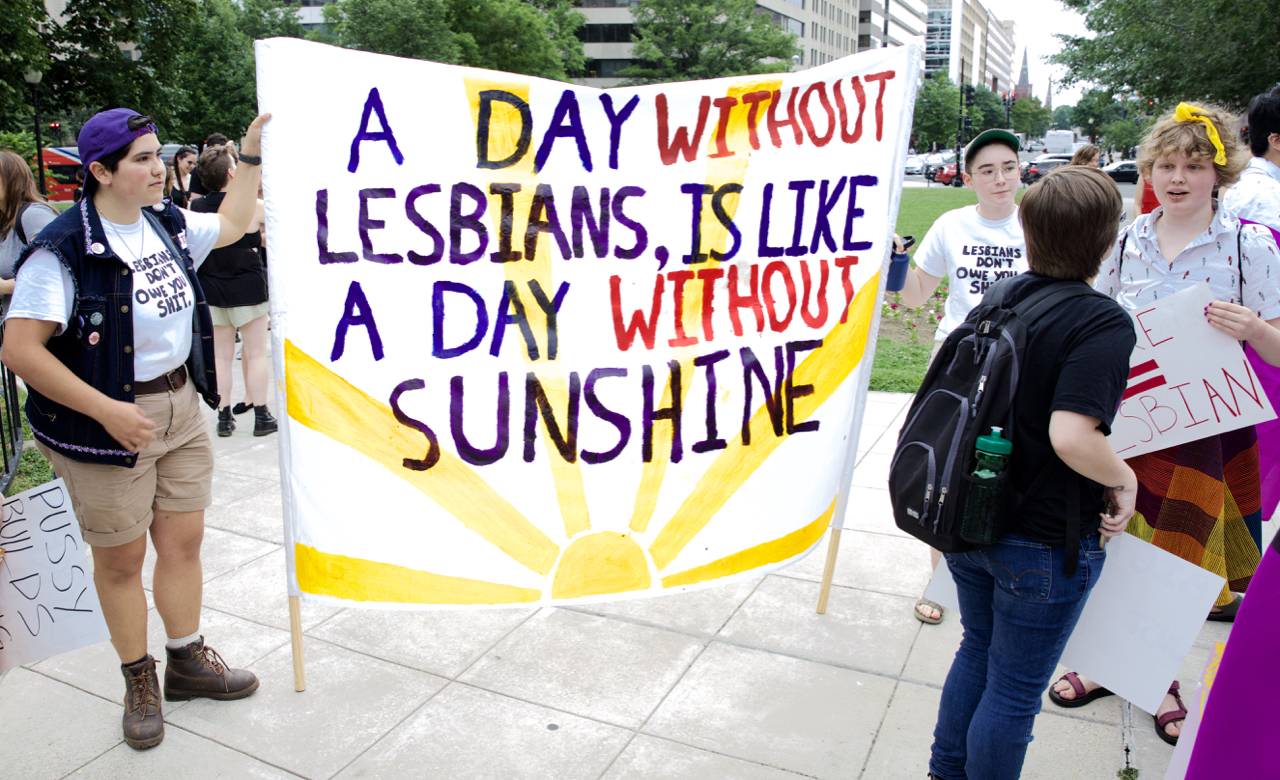 I was curious how the “Dyke March” in D.C. on Friday would play out after they asked folks not to bring items marked with the Star of David. Apparently, that star is associated with Israel (not merely a Jewish symbol), which they associate with oppression of the Palestinians, which has absolutely nothing to do with being a lesbian (I think!), which, along with homosexualy it general, happens to be prohibited in Gaza and frowned upon in the West Bank, but whatever.

Some folks brought signs with the Star of David on them anyway, prompting the two sides at one point to have a tense conversation. But nothing much happened as a result of that, and then they went marching. More here from The Post:

‘Pride and protest’: Dyke March returns to Washington after a 12-year hiatus

An organizer for the #DykeMarch tells the Jewish counter-protesters that they will allow Palestinian flags but not the Jewish pride flag. pic.twitter.com/HP8KRrOqu0