A few folks died recently who I wrote about.

James “Kamala” Harris, the professional wrestler who I watched as a kid, passed away at 70. He had been in bad health for years. Back in 2018 I reached out to him on Facebook to see how he was doing, since he had been posting about his health issues.

I watched several interviews with him and read a lot. He seemed to be a very nice man, despite his in-ring demeanor.

I did get some feedback for this article, which ran in the paper. 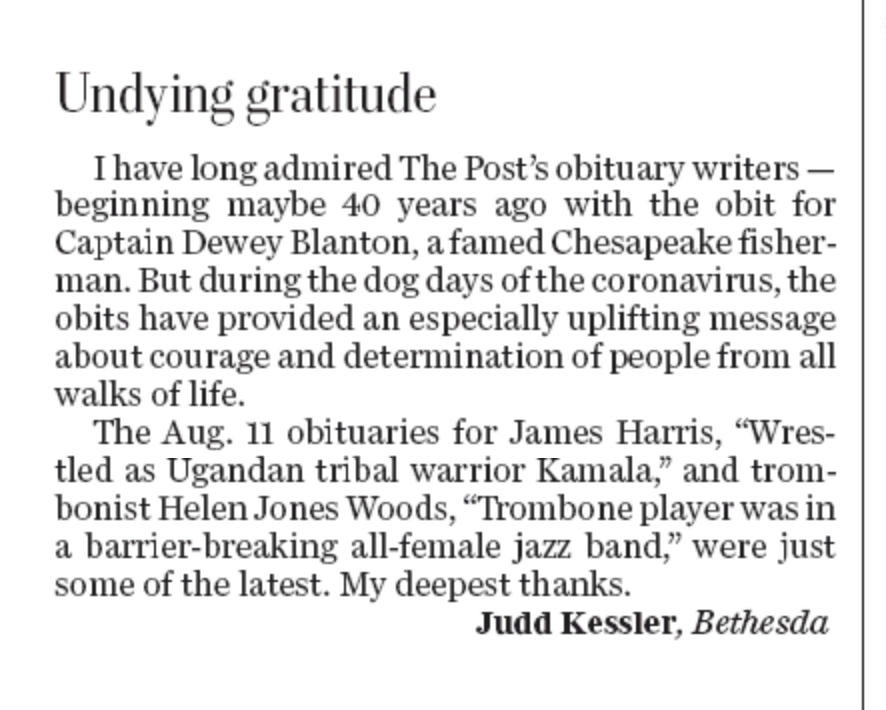 Another obit I wrote recently was for Dale Hawerchuk, who died at age 57 of cancer. He, too, seemed to be a very good person who was taken away far too soon. Odd story about this – since most of these are written in advance (so all is ready when the moment comes) – I had this ready when it was announced that Hawerchuk’s cancer had returned. I reminded my editor that it needed to be looked at… ten minutes before it was announced that he passed.

Earlier this year, I wrote about Henri Richard, who won 11 Stanley Cups.