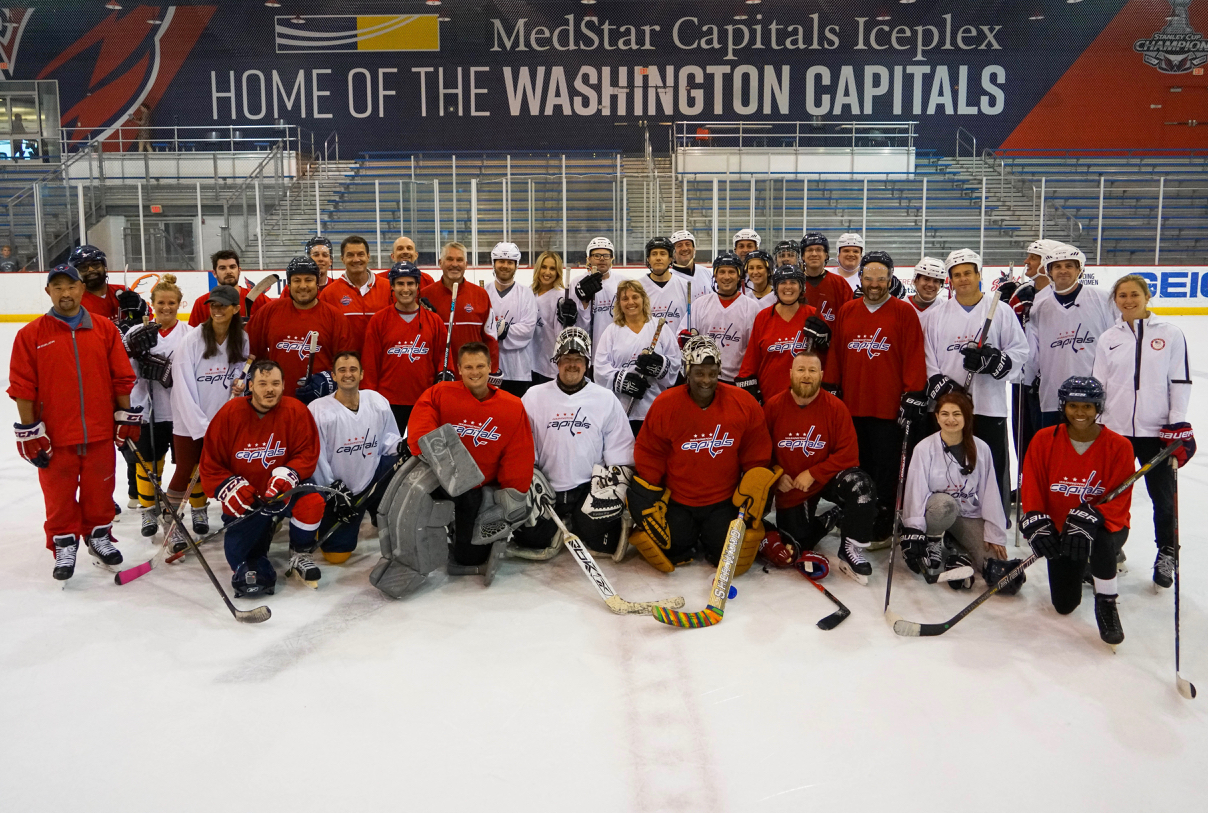 On Tuesday I attended Caps Media Fantasy Camp, which you can read more about on Caps Outsider. Aside from playing alongside friends and colleagues, the highlight for me was winning a round of keep-the-puck-in-the-circle and coming in second place in Round 2, getting knocked out by Caps prospect Alex Alexeyev. I really wanted to beat him and even tried cheating but it didn’t work. In Round 3, Courtney Laughlin knocked me out.

Another fun part was playing with Olympic Gold Medalist Haley Skarupa during the media game. I think I was one of the better players during that game but it was hard to get ice time because many of the players weren’t keen to line-change etiquette. But whatever. Craig Laughlin was coach so I blame him.